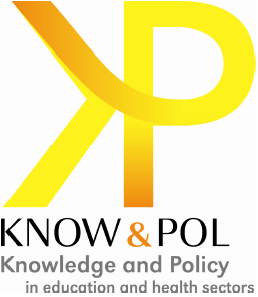 Our work in the KNOWandPOL project described the process by which the mental health policy community in Scotland and in Europe comes to ‘know what it knows’; its potential value lies in helping that community to deploy its various knowledges both more creatively and more effectively. Our theoretical research provided a way of thinking about knowledge and its mobilisation, as well as of its transition or translation between users and contexts. Our empirical work mapped the policy domains of mental health in Scotland and Europe, identifying standard knowledge practices. And our impact initiatives – including dialogue events, formal seminars and workshops – created opportunities for generating and disseminating new knowledge in new ways.

Our reports and publications are available elsewhere on this site (see under ‘publications’).  In addition to them we:

Richard Freeman was a member of the Scottish Government’s National Reference Group which informed the writing of Towards a Mentally Flourishing Scotland (February-August 2008); of the Board of Directors of the Scottish Development Centre for Mental Health 2009-2011, and of WHO Europe’s Working Group on Indicators which met in Utrecht in November 2008 and in Edinburgh, April 2009.