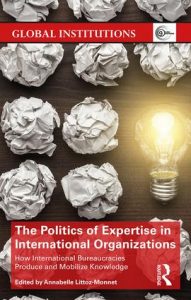 Comparison is crucial to the way that policy organizations know the world, and nowhere more so than in the work of international organizations, which inevitably find themselves comparing policies and practices in different national settings.  But how should we understand comparison and its role in the making of policy knowledge?  What do policy actors do when they make comparisons, and how does this practice of comparing relate to their work of making policy?  We explore these questions through a case study of the ways WHO developed its understanding of mental health policy in European countries between 1970 and 2010.

Following a brief narrative history of WHO’s work in this area, we look in more detail at just what kinds of knowledge work it involved.  We identify two principal ways of knowing: the first based in case studies, and the second in surveys of services and policies. Both, we show, are informed by a logic of cross-national comparison between cases, and both involve negotiation and agreement over what counts as a case and how it is to be compared to other cases: the identity of cases and the categories to which they belong must be negotiated both in the design and conduct of surveys and in the informal process of discussion in meetings.  Comparison, we show, is iterative, collective, and necessarily involves the exercise of expert judgement.  This leads to a further insight, which is that of the performativity of comparison: the work of comparing tends to make things more comparable.

Source: Freeman, R and Sturdy, S (2017) ‘Doing comparison: producing authority in an international organization’, in Littoz-Monnet, A (ed) The Politics of Expertise in International Organizations. How international bureaucracies produce and mobilize knowledge, Routledge